Where do they assemble LG, Samsung, Sony TVs?

Where do they assemble LG, Samsung, Sony TVs? 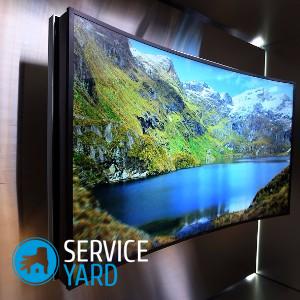 In every home today there are many different household appliances. And how long it will work, largely depends on the reliability and fame of the manufacturer. As a rule, each user prefers to purchase products of such brands as LG, Samsung, Sony, Philips. But their production facilities are located in different countries. And although each company assures that the quality remains unchanged, regardless of the country of manufacture, sometimes facts are observed to refute this position. In this article, we will examine where LG TVs and other brands are assembled and what is the difference between the quality of equipment from different countries at the output.

LG Electronics whose assembly? Such a brand is a South Korean company, which belongs to one of the largest manufacturers producing consumer electronics and household appliances. The main office center of the company is located in Seoul, Republic of Korea. 95 countries have 120 representative offices of the company LV Electronics.

The main activities of LG:

In the modern market there are many firms producing TVs. To facilitate the process of choosing this device, consider the rating of the best brands. In compiling the TOP list, the main criterion was the ratio of price and quality of products. 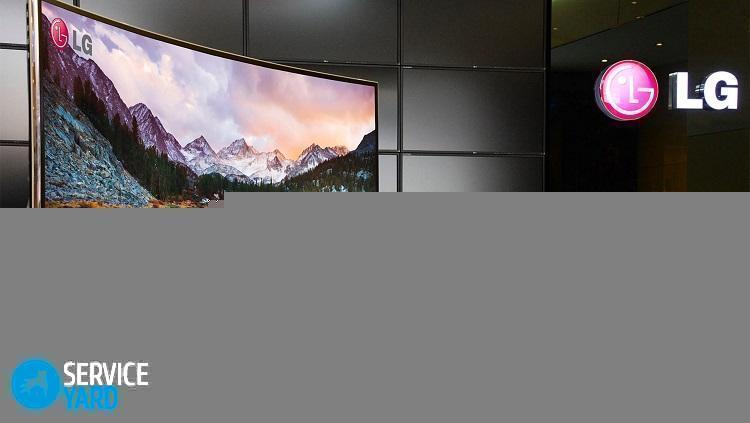 Samsung is one of the best manufacturers of TV devices. The opening by the Korean industrial center of the release of its digital equipment in Russia made it possible to purchase a multifunctional TV device with a thin screen for a small cost. Samsung TV technology is acquired by all segments of the population.

Important! The 32-inch Samsung UE32J5500AW model is the best, it has a liquid crystal display and LED backlight. The advantages include the profitable Smart TV interface, as well as the ability to contact the service center located in many cities at any time. You will find an overview of other good models of this brand in our separate article. "The best Samsung TVs". 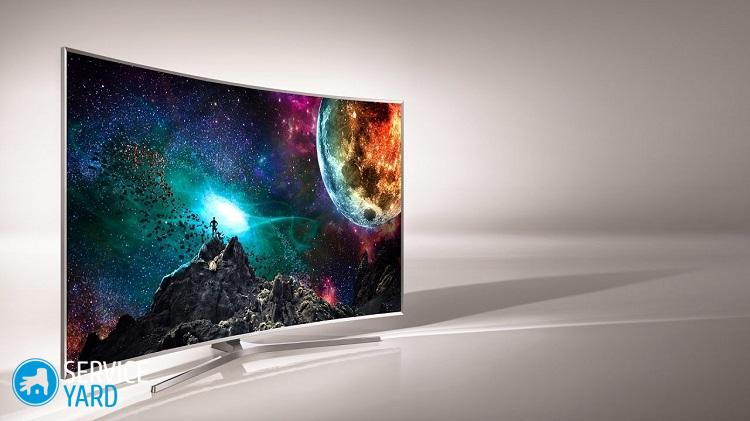 In second place in our ranking is the popular Japanese home appliance manufacturer Sony. The presence of a stylish design, multifunctional application and excellent build quality, which takes place in Slovakia, are the distinctive advantages of these devices.

Important! The disadvantages include the increased cost, which is associated with the fact that the assembly process takes place on the territory of a European country. 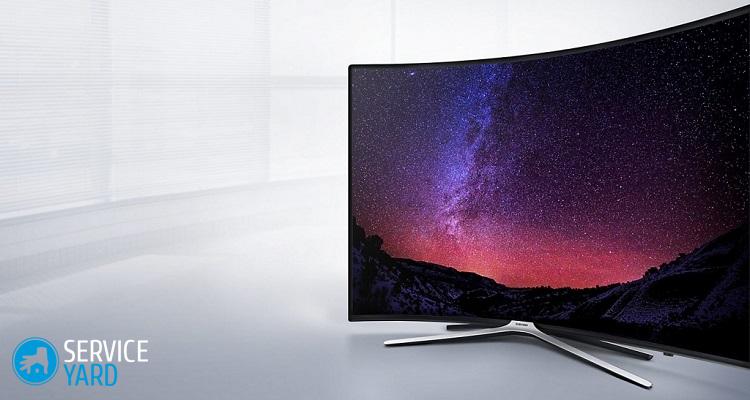 Important! Televisions of both manufacturers are very popular. And it’s hard to decide which brand to choose. Our special comparison will help you figure out which TV is better - Samsung or Sony.

The Korean company LG is characterized by the correspondence of quality and price. For LG devices, a definite advantage is the presence of the best 3D format and direct-LED backlight. By clicking on the link, you will learn about top led tvs. The main office of this company is located in Korea, but many are interested in the question of where the LG TVs are assembled.

Important! Planning to buy a 3D TV? We have prepared a separate review, the information from which will help to clearly decide for ourselves,what is the best 3d tv.

Philips TV devices are very popular in today's market. The presence of Ambilight LED lighting distinguishes TV equipment from other branded models. In addition, at a relatively low price, the Philips TV range is characterized by wide functionality.

Important! Such a branded model does not have obvious drawbacks, but according to user reviews on thematic online forums, there are sometimes cases of slowing down the menu on the device’s display. Such negative reviews can be traced in very small quantities. 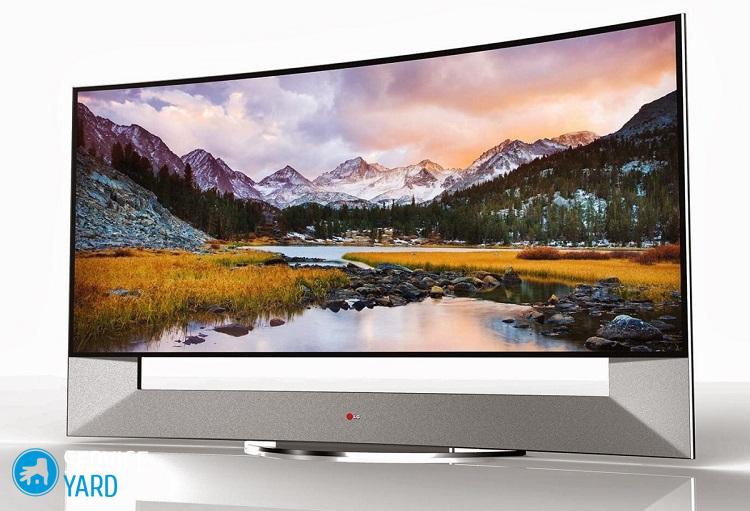 Japanese company Panasonic is a popular brand of digital technology. At a relatively low price, the devices are quite reliable and have high quality. The presence of excellent pictures and stylish design leaves a good impression of the brand model.

Important! The TV on the wall is convenient, beautiful and stylish. But it should also be safe. We have gathered all the useful information aboutwhich bracket for tv on the wall is better.

Kaliningrad, Kaluga, Voronezh, Ruza and Aleksandrov - these Russian cities are notable for the manufacture of television devices with a production volume of about 5 million units per year.

Today in Russia there are representative offices of such companies: 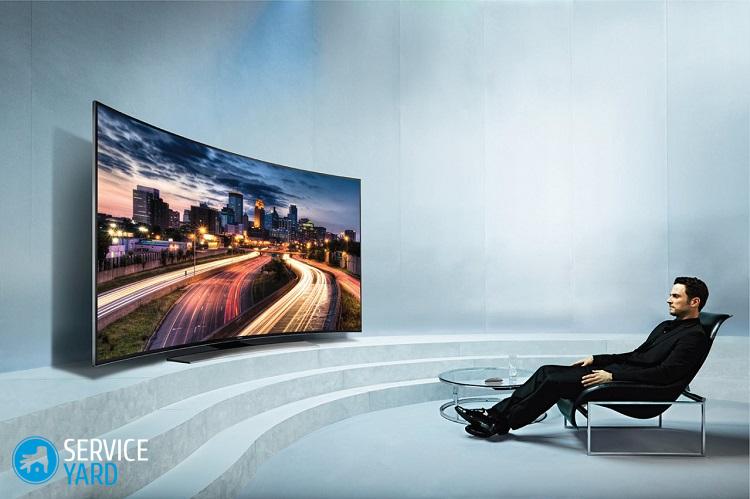 Important! All owners of new TVs want to enjoy a good image on the device. We have prepared separate reviews on the selection of set-top boxes for digital television:

In the Kaliningrad region, video, audio and household appliances are produced under the leadership of the Russian company Rolsen Electronics.

Important! The presence of the logo of the Rolsen trademark in the modern market is positioned with a Korean company, despite the fact that the share of the main business of the company is concentrated in Russia.

Where are ljee TVs going? Rolsen company specializes in the production of plasma, LCD TVs and multivisors, DVD players, DVD recorders, portable DVD players, MP3 and MP4 players, as well as small household appliances. In addition, under OEM agreements, Rolsen Electronics makes the final assembly, which is used by such branded companies: 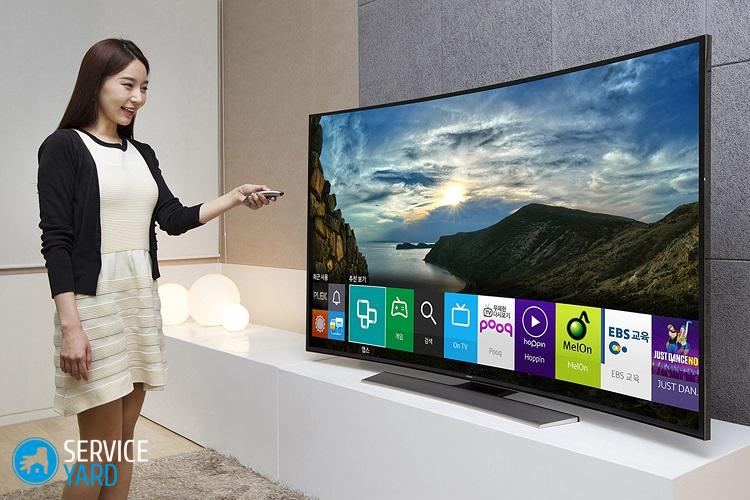 Rolsen Electronics is among the ten largest manufacturers of TV devices in terms of the volume of television equipment produced. The Kaliningrad region has its own production facilities of this company. The factories are characterized by the presence of the latest production lines. Today, such factories are the most modern enterprises that produce electronics in Russia. Invited Western experts oversee all production processes.

Important! By releasing products of its own brand, the company also receives orders for the manufacture of technical equipment of prestigious companies LG, JVC, Hitachi, Toshiba, Thomson, Daewoo, Philips. 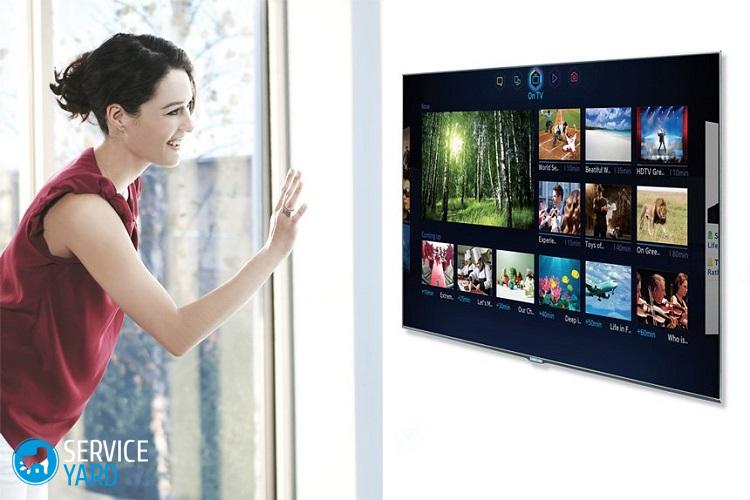 Important! Devices for watching TV shows, which are made in Fryazino, carry out the implementation process under the trademark of LG and Samsung. 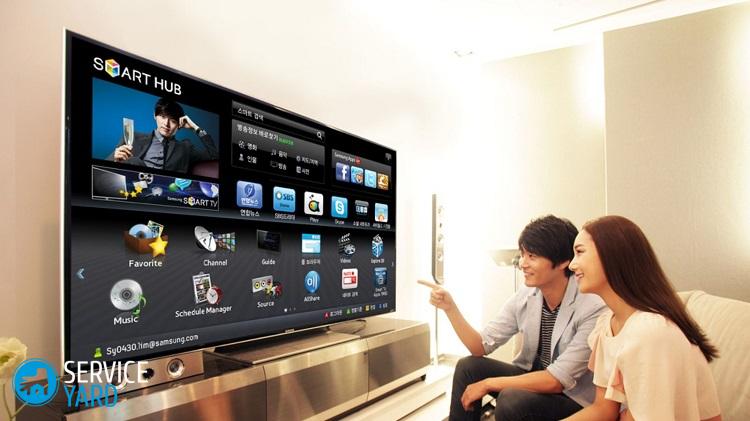 Where are LG TVs going? In the city of Ruza, Moscow Region, there is a representative office of LG Electronics, where the assembly process of television devices is carried out. Today it is the largest enterprise in Europe in the manufacturing process of household technical equipment and electronics.

Important! The plant occupies an area of ​​50 hectares, with a total number of employees of more than 1,400 people and 650 specialists of contracting companies.

Important! According to the specialists of the LG brand company, the equipment and product quality at the Moscow Region plant are not inferior to the Korean company. In addition, a new stage in the quality control of products has been introduced at a company near Moscow, and there is no such system even in South Korea. 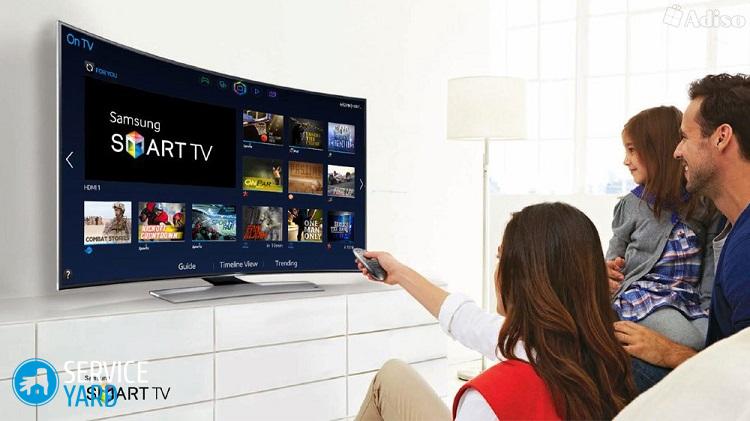 Important! Over the years, the Russian manufacturer LG has made a significant contribution to the development of scientific and technological progress and the Russian economy. 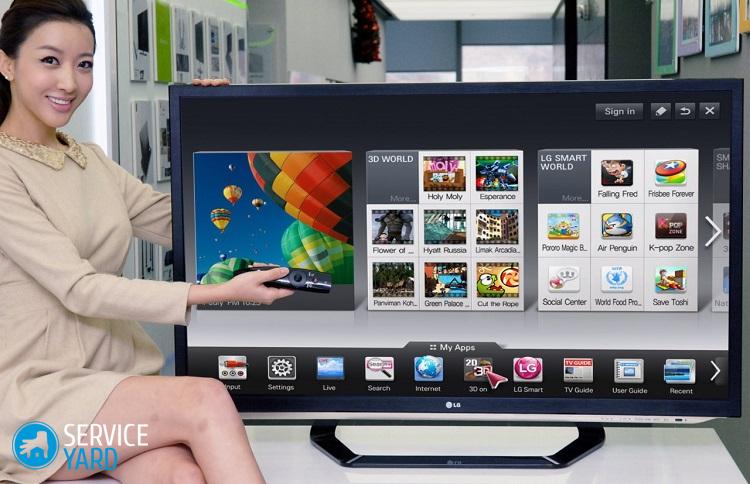 Where are LG TVs going? LG Electronics is one of the world leaders in the application of development and production of consumer electronics. The advanced plant is located in the suburbs.

Important! Since 1958, LG has led the scientific and technological progress of South Korea. This company was the first to release a radio, a refrigeration unit, a TV device and air conditioning in its country. Corresponding to the needs of the modern market, the innovating company constantly brings the latest technologies to its branches. 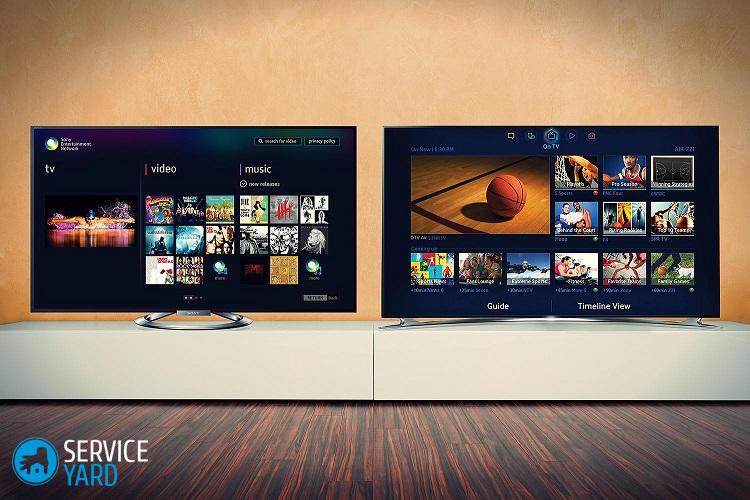 From the moment the “first pebble” was laid down to the present, the advanced plant located on the territory of the Ruzsky district of the Moscow region is characterized by the stable growth of high-tech capacities. Every year, there is an increase in the volume indicator of the company's manufactured products with an ever-increasing consumer demand for manufactured products. So, the company has already released a 15-millionth LCD TV device. In addition, at the moment, the production of washing units and refrigeration equipment has exceeded the mark of a million.

LG is the first brand in the segment of 3D-format TV devices and occupies a leading position in the ULTRA HD category.The existence of such a logical success is due to the presence of a long-term strategic activity of the company with a focus on a constant increase in the localization of component parts and devices. Such a system helps to optimize the cost of manufactured products, while maintaining high quality that meets international standards.

Important! In the territory of the Moscow Region enterprise, along with the assembly shops of LG Electronics, there are production complexes of nine partner companies. They contribute to the manufacture of all kinds of parts for the main assembly process from the production of printed circuit boards for television devices using the latest technologies to the casting process of housings for household equipment, as well as the manufacture of packaging containers for equipment. It is at an enterprise near Moscow that LG TVs are assembled. 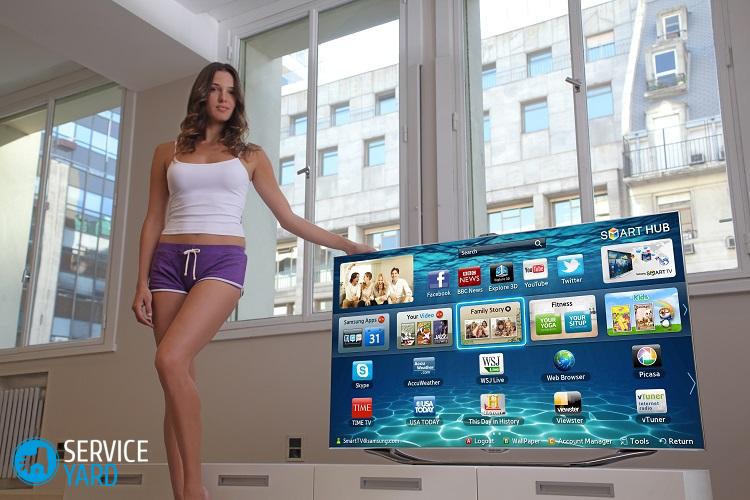 A specially designed robot performs the operation of attaching the circuit board device screws to the panel of the TV device. Previously, such a procedure was performed manually, but more recently, such an aggregate has allowed to simplify this process. Matrices to the enterprise are delivered already placed inside the panel with the protective glass present. In fact, this is a workpiece to which electronics are attached and the packaging process in the housing is carried out. The testing process takes place on a constantly moving conveyor.

Important! LG Electronics is characterized by the production of a wide range of advanced television devices and household equipment that are focused on creating a more comfortable, environmentally friendly standard of living for Russian consumers.

LG has built a full-fledged enterprise in Russia, where the atmosphere is very clean and tidy, the conveyor runs quickly, operations are divided into smaller ones. All actions are characterized by thoughtfulness, in which the third part of the conveyor is testing.

Now you know everything about where LG TVs are assembled, how exactly this happens. We hope that thanks to the information you received, you were able to decide whether this technique suits you or not.