Can I repair a plasma TV if the screen is broken?

Can I repair a plasma TV if the screen is broken? 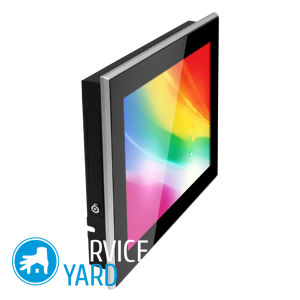 Plasma TVs every year, and even in the afternoon, gain extraordinary popularity. They won the hearts of true connoisseurs of good technology and high-quality images. Watching TV shows, films, and even news on the big screen is much more enjoyable, which is attracting more and more consumers. However, sometimes unpleasant situations such as equipment breakdowns or, for example, due to negligence, the TV screen is broken. Agree, not every day you encounter such a problem, therefore, not everyone knows the solution. In this article we will tell you whether it is possible to repair a plasma TV if the screen is broken, and how to do it.

Plasma screen - what is it?

First, let's figure out what a plasma screen is and how it projects an image? The matrix is ​​the basis of such a TV and contains a huge number of cells, inside which is a mixture of xenon and neon. These cells are coated with phosphors. Also, along the perimeter are special conductors that contribute to the formation of ultraviolet light during passage through a gaseous medium. This is what leads to the tanning and luminescence of cells in a given color. As a result, we can observe a holistic image.

Such a complex mechanism is located between two, often glass, planes. But if earlier the thickness was 3 mm, then today, in order to facilitate and slightly reduce the technique, manufacturers have made thinner planes, namely 2 mm.

Important! Indeed, as expected, the weight has become less, but sensitivity to mechanical influences and fragility have increased significantly.

What to do if the screen is cracked?

If you still crashed the TV, for example, after a fall, or rather a plasma screen, then the integrity and proper functioning of the matrix is ​​violated. Since the gas mixture exits through a split or crack, a good image can be forgotten. It is also bad that it is impossible to repair this malfunction - in any case, you will have to change the matrix.

Important! As a rule, the cost of this part of the TV reaches huge amounts, so it is often easier to buy new equipment than to try to fix a broken TV. But you can still go to the workshop and find out how much TV repair costs. Remember also that the cost of components largely depends on the manufacturer and the country of assembly. To understand the difference, read about where do they assemble TVs LG, Samsung and other brands.

In cases where you have a plasma panel installed, which is part of the home theater, and the sound system and other important functions do not depend on the broken panel, changing the matrix is ​​undesirable, as it is pointless. In such a situation, it’s much easier, more profitable and faster to buy a new TV again.

Important! But if the situation is radically opposite - the TV has many functions and options, then replacing the matrix will be much more appropriate.

However, a television, especially a plasma one, is a very expensive pleasure.We advise you to consult with the master in advance on the topic: is it possible to fix the LCD TV if the screen is broken, and find out the most suitable solution to the problem.

Is it necessary to change the matrix?

There is no single answer to this question and there will not be. The whole point is that each situation requires an individual solution. We can only tell you about the basic principles and help you make your decision. So, if you broke the TV, the first thing you need to pay attention to is the firm of the device, the cost and amount of damage.

If the TV was purchased a long time ago, then the manufacturer may already stop releasing matrices for your model. In this case, you will either have to buy new equipment, or look for the necessary part in the repair centers.

Important! For example, the well-known Japanese company Panasonic has ceased to produce plasma, respectively, and the matrix.

Expensive televisions with a large set of functionality are worth trying to fix, because you can save more than half.

Also, it is worth emphasizing that sometimes the damage is not so large-scale, which means that you can try not to replace, but to reconfigure the matrix. If, as a result of the impact, the gas did not exit the matrix, but only on the screen, incomprehensible vertical and horizontal stripes formed, the situation can be corrected. To do this, take the broken TV to a service center.

Important! A huge advantage is that the cost of reconfiguration is not so high.

If you decide to still change the matrix, you should stick to several important points:

Important! Convenient is that today you can easily call a wizard at home, who will help diagnose the magnitude of the problem and determine whether the plasma TV can be repaired if the screen is broken and if the matrix needs to be changed. The company will also help to independently deliver your TV to the service center and back, observing all the necessary rules of transportation.

It is impossible to argue that prevention is the best defense. Manufacturers have already created many protection methods. One of them is an acrylic protective screen. Its advantage is that, unlike the TV screens themselves, they can be wet with water, scratch, or even lightly hit.

Important! This type of screen will help protect the original panel from mechanical damage, which is extremely important, as well as from dirt, dust, which is considered the enemy of nanotechnology.

So, if you want to protect your plasma TV from damage, and even more so if the cost of equipment is high enough, we recommend that you purchase this protection option. An acrylic protective screen in a house with children is very useful and necessary, because one careless movement can lead to big losses.

Important! If the resume of the masters from the service center is unambiguous - the panel cannot be repaired, you will have to buy a new TV. Our reviews will help you choose a high-quality model and correctly position it in the room:

We hope that having studied the material from this article, having weighed all the positive and negative sides of the ways to solve the problem, you will be able to make a choice for yourself, change the matrix, reconfigure or acquire new equipment.The answer to the question whether it is possible to repair a plasma TV if the screen is broken remains rather ambiguous and requires the consultation of an experienced craftsman. Be careful and if you purchase an expensive plasma TV - protect it. In the future, we wish to avoid such situations and long-lived equipment.