How to check the evenness of the walls?

How to check the evenness of the walls? 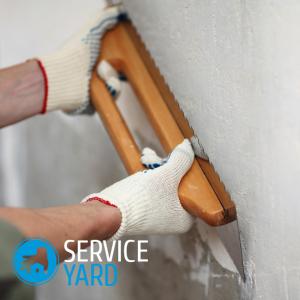 When carrying out repairs, a very important procedure is to check the evenness of the wall surface. Especially in old buildings, in stalinka and Khrushchev, this factor is very relevant, since at the time of construction this issue was not given due attention. The presence of curved walls, the presence of dents and bumps and other defects on them can completely spoil the impression even with the most elegant repairs. In our article we will look at how to check the evenness of the walls.

What is a level?

The laser level, or the so-called level, is a device due to which it is possible to build horizontal and vertical stripes with high quality. In addition, he is an indispensable assistant in the construction of structures and during interior decorating.

The level contains LEDs and prisms, which are characterized by visible vertical and horizontal lines. Thanks to the laser level, there is the possibility of building even walls, leveling the beacons, leveling the floor, ceiling and other surfaces, quickly and evenly laying out tiles, laminate and other works.

Estimation of the curvature of the rough wall

Assessing the curvature of the rough wall helps to determine the amount of work and make an approximate list of future material consumption. The work of the level occurs by constructing a virtual plane that is parallel to the wall surface and measuring the distance from the vertical plane to the previously marked points. 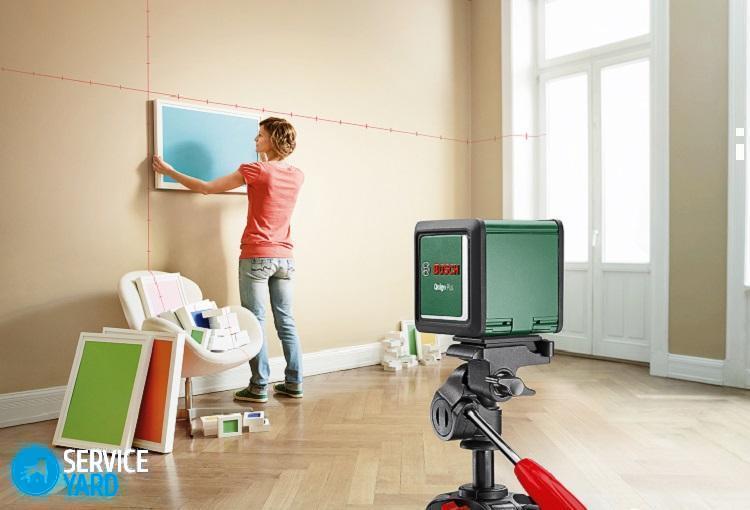 How to check the evenness of the wall with a laser level:

Thus, it is possible to determine the point that corresponds to the most convex and the most concave lines, find the overall roughness compared to the base vertical and determine the amount of plastering work. 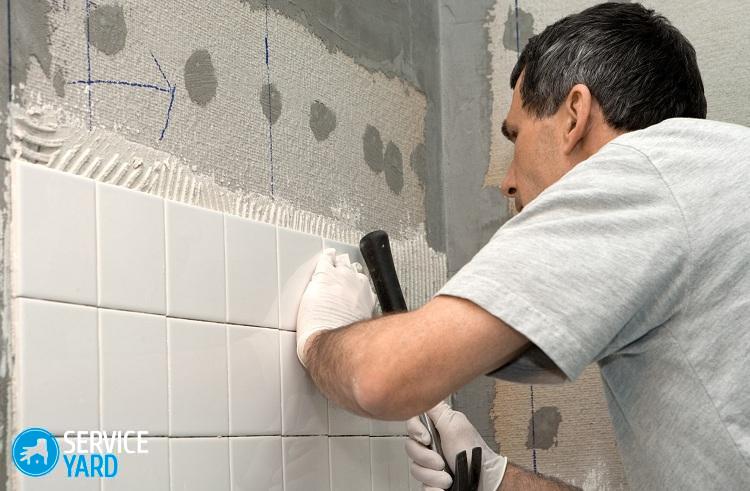 Without applying a laser level, you can check the evenness of the wall surface after finishing using the rule.

How to check the walls for evenness after plastering using the rule:

Important! The level can also be used to determine the evenness of angles. In this case, the beam is aimed at the joint of the walls and thus check its verticality. If there is an even angle, then the beam will be located strictly. Otherwise, you can immediately see the roughness of the angle when it is littered in one direction.

Currently, the level is a very convenient tool. In the old days, they used old-fashioned methods and somehow managed without this device, but now the use of the level saves time and effort in many ways, facilitates the repair process, so you should use the latest technology and not abandon modern developments. 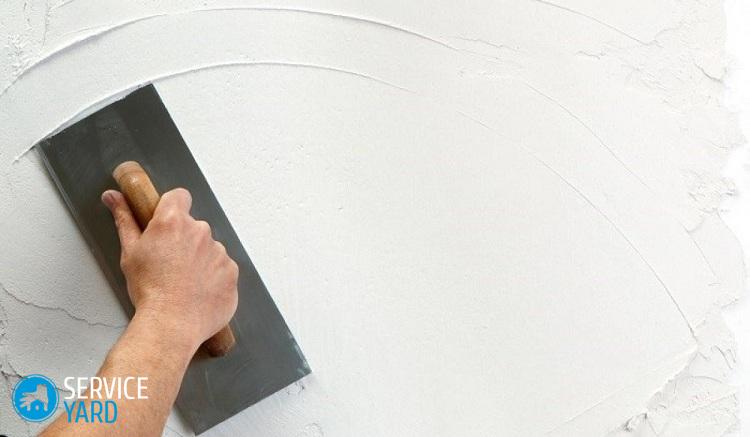 This technique is convenient to use when determining the volume of plastering, but can also be used at the time of completion of painting and plastering to assess the quality of the completed process. Basically, before plastering, visually you can determine the differences on the wall, which are already noticeable.

How to check the evenness of the wall after plastering over a large area:

Important! Almost every roulette is equipped with a movable hook, so roulette is not suitable. 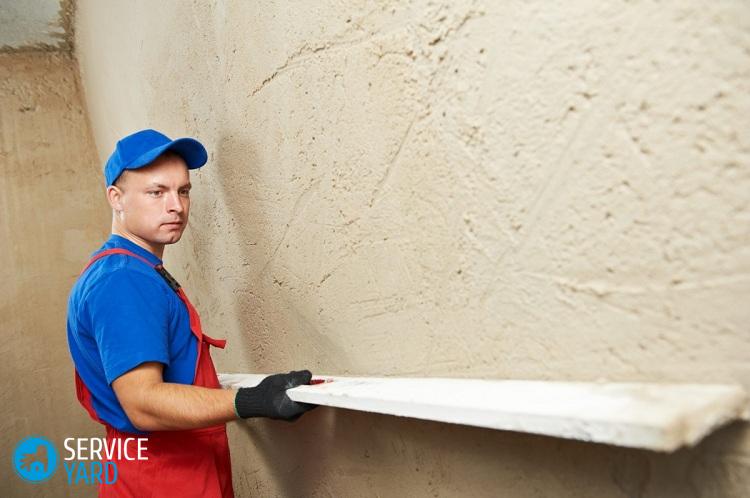 Check for evenness in a small area

After finishing the plastering work and preparing the wall surface for painting or wallpapering, on the wall, as a rule, there are roughnesses of 1-3 mm, which are inconvenient to find with a ruler.Defects are especially pronounced on walls prepared for painting and painted in dark colors, on which direct sunlight falls at an angle. There is a simple technique that is used to determine the evenness of the wall after final finishing until the moment of wallpapering or painting. 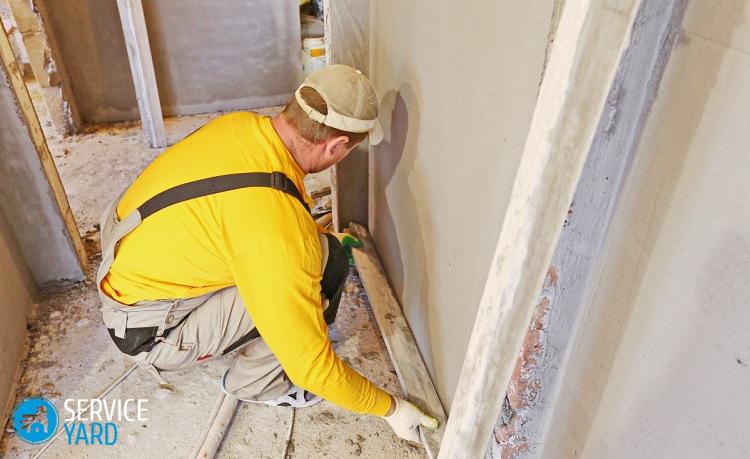 How to check the verticality of the wall in a small area:

Important! Failure or bulge can be calculated in millimeters. To do this, you will have to recall the trigonometric formula from the high school course. We will use the cotangent, which is defined as the ratio of the leg adjacent to the corner (which corresponds to the distance A1), to the opposite leg (which is the desired value, that is, the unevenness of X). 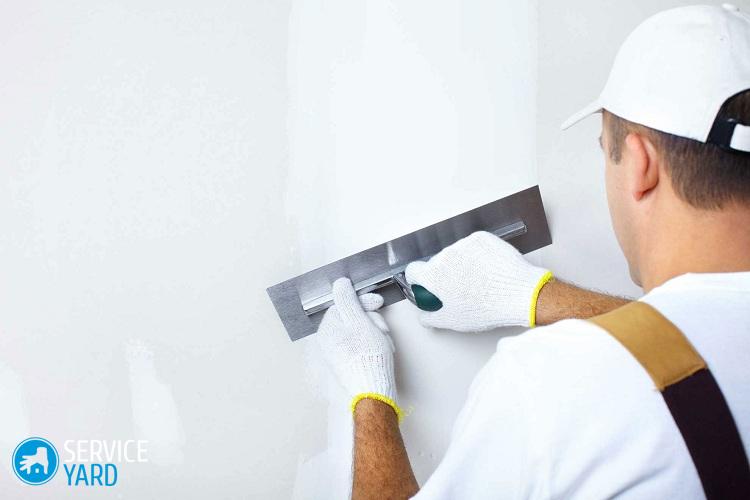 Plastering with lighthouses and level

This method is one of the most accurate and fast modern methods in which a perfectly smooth surface is formed in a short time.

How to do the job with the help of level and lighthouses:

Important! The drying time is affected by the amount of plaster and the surface material. 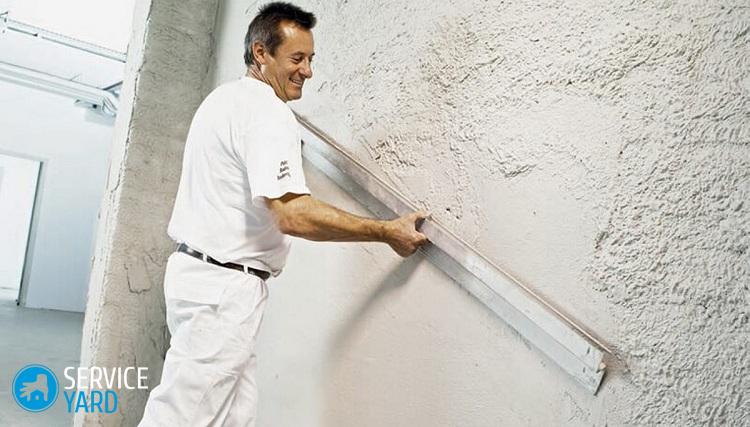 In addition, the level finds application in the construction of a right angle in the bathroom or in the kitchen, as well as for the installation of furniture that has large dimensions. In this case, you need a tool that allows you to build vertical perpendicular planes. Currently, almost every model has a similar mode. How to check the evenness of the walls and draw the necessary perpendicular planes:

In this article, we examined many stages of construction and repair work, during which it is appropriate to apply the rule and the laser level to check the evenness of the walls. Do not ignore all the points listed above so that the quality of the new design of your home meets your expectations.