Is it possible to glue wallpaper on the OSB plate without putty?

Is it possible to glue wallpaper on the OSB plate without putty? 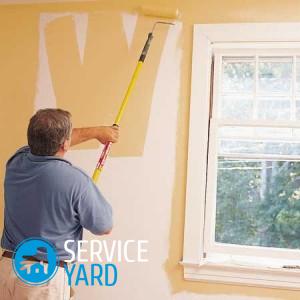 To date, OSB boards are a fairly popular material for construction. Partitions are made of them, various curly designs. Plates are also used for cladding ceilings, floors, internal and external walls. To explain such popularity is quite simple - the basis of oriented chipboard is compressed waste from the wood processing industry. As a link, synthetic but not toxic resins are added to the sawdust. Therefore, the material is reliable, environmentally friendly and very affordable. But after installation, a fair question arises, what to use next, as a decorative finish? Is it possible to glue wallpaper on the OSB plate without putty? Let's look into this issue.

Before dealing with the question of how to glue wallpaper on an OSB plate, we find out what this material is. In the context, it resembles a multi-layer cake, consisting of several layers:

Important! The direction of wood laying in adjacent layers is mutually perpendicular. This arrangement gives the plates strength, stiffness, resilience and resistance to deformation. Their internal structure is more dense and homogeneous than that of other wood materials, they better hold fasteners.

Their main disadvantage is the finish. Sticking wallpaper on an osb plate is not an easy job, and there are several reasons for this:

Since oriented particle boards, which are used in construction and decoration, are made of wood, they greatly absorb moisture. And over time, with excessive dampness, they can even swell. The same effect is exerted on them by primers, which mainly consist of water, as well as adhesive compositions. This means that wallpapering on the OSB plate without preliminary preparation is impossible.

Therefore, it is worth stocking up on the following tools and materials:

Important! It should be noted separately that color compositions cannot be used for gluing wallpaper on OSB tiles, since pigment can appear on the wallpaper.

Before you glue wallpaper on OSB, you must first grind the surface. This step should not be skipped when performing work, as it:

Important! Synthetic resins can not only spoil the aesthetic appearance. They can degrade the adhesion of materials, as they have a greasy composition. Excess resin will not allow the primer to be applied evenly over the entire surface. The material will simply slide off the OSB plate.

In the process of preparing for wallpapering on the OSB plate, there is another important stage. After the surface is polished, it is necessary to apply a primer:

Important! Before gluing wallpaper on OSB, the plates should also be treated with a water-repellent composition. 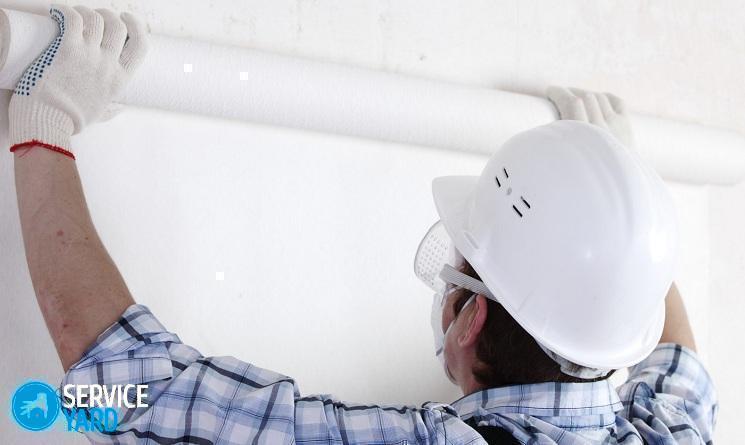 If you chose thin, paper roll material for gluing wallpapers on OSB, or the plates have large cracks, noticeable joints and other defects, then it is best to plaster the surface. Carry out these works in the following order:

If you chose a dense material, for example, non-woven wallpaper, for gluing wallpapers on an OSB plate, then normal putty alignment will suffice. But it is worth considering one nuance. When installing a material such as OSB, the plates are not laid in joint to each other, but leave a distance of several millimeters between them. In that case, if there is a movement of the material, if the foundation of the building or structure begins to shrink, or temperature changes have their effect. These gaps, which professionals call expansion joints, are best treated with silicone-based sealant when finishing. This additive gives the composition elasticity and does not crack over time.

Work is best done in the following order:

Important! Sometimes, to get a flat surface, just one layer of putty is enough. To get a good result, experienced craftsmen advise using solutions based on acrylic or latex. Such putties are very plastic and perfectly mask the unevenness and roughness of the wall. After the putty is completely dry, it should also be treated with sandpaper or a grinder to eliminate minor defects.

When the question of how to glue the wallpaper on the OSB plate without putty is resolved, it is worth applying another - finish, primer. For these purposes, it is best to use a white composition:

Important! Choose a soil in which manufacturers add antiseptics and fungicidal agents. The tree can be attacked by fungi and mold, and special additives can avoid this.

Some masters, sharing their experience on how to glue wallpaper on OSB, advise you first to make a layer of paper from thin, cheap wallpaper overlap. Although the intermediate paper layer will not play a big role, it will only complicate the finishing work.

In addition, if the preparatory work is done perfectly and the surface is step by step prepared for finishing, then the question of how to glue wallpaper on the OSB plate without putty will no longer be relevant. Just use roll material in accordance with generally accepted rules: 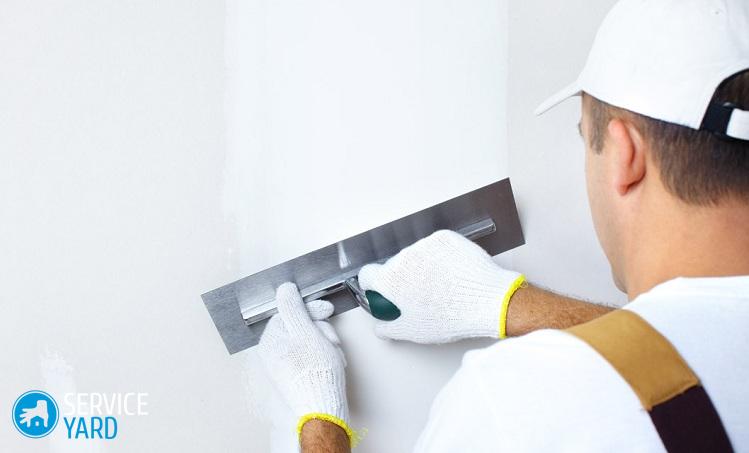 Wallpapering on the OSB plate is done so that the joints between the sheets do not fall on the seams between the plates. This moment needs to be calculated in advance. Also worth a few more tips:

Important! At the end of the work, the room is left closed for a day so that there are no drafts or temperature changes. Optionally, after gluing the wallpaper on the OSB plate, observe a temperature of about 23 degrees heat in the room.

As an alternative to conventional roll materials, you should consider liquid wallpaper.This eco-friendly material is often used in modern interiors. It perfectly complements the structure of the tree. It is quite simple to use. Such wallpaper can be applied to the wall using a conventional spatula, as is done when puttying the walls.

This decoration option is considered by many to be a simpler way than wallpapering. Of course, with skillful use of tools:

After a fairly simple preparation, OSB boards can be applied with liquid wallpaper. Such decoration is possible not only on smooth walls and on the ceiling. With their help, it’s quite easy and simple to decorate curly structures - arches, niches, ceiling tiers.