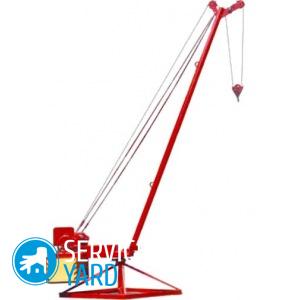 A do-it-yourself crane is always useful in the household for anyone who has a summer residence, or for those who live in a private house. It will be especially needed for those owners who are not afraid of various independent construction and repair work. Renting such equipment, and even more so buying it, will cost a considerable amount. And to make a crane with your own hands, in fact, is quite simple - you will learn about this in this article. Try step by step to understand the proposed instructions, performing all the work, and you will get a great tool for domestic use.

For further work, you will need the following materials:

Most of the necessary and useful tools can be made on their own, thereby saving the family budget well. In general, such a structure is assembled very simply and as quickly as possible. The algorithm described below will help even an inexperienced master. The main thing is to pick up for the future construction all the necessary parts and working tools.

Important! Ultimately, the resulting design will have a weight of about 250-300 kg. At the same time, it will be quite compact. A self-made crane will have a not very high carrying capacity (approximately 200 kg), however, this will be more than enough for most home construction or repair work. 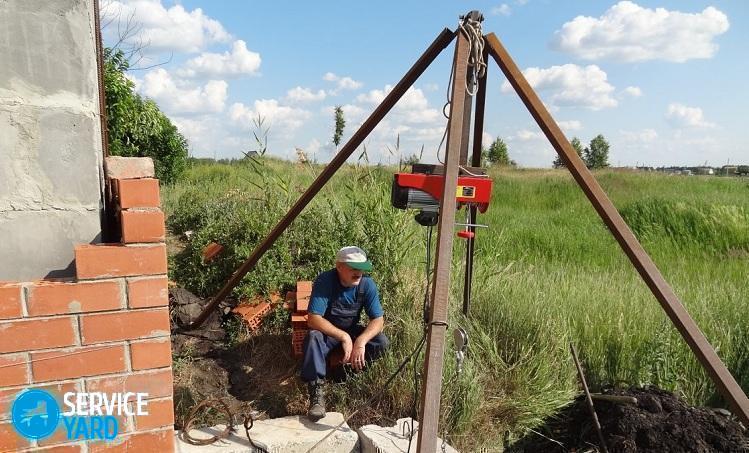 Let's move on to the algorithm for making a mini-crane with our own hands:

Important! Both one and the other part must fit tightly into the bearing. Thus, both parts are connected.

Important! To tighten the bolt that will be attached to the base of the platform, you will need a ring wrench with an extension cord, as well as two washers - a grover and a flat one.

Important! As a platform, you can use a 1.5-meter I-beam, the width of which will be approximately 18 cm.

Important! The entire assembly should take place in a lying position, and after completion, the structure must be raised so that it is in a vertical position on some support.

The work can be considered completed!

For construction work, sometimes something is missing that can lift heavy loads. From this article, you learned how to make a crane with your own hands, which means that now you have several times simplified the task of solving various issues related to household needs and construction and repair work.