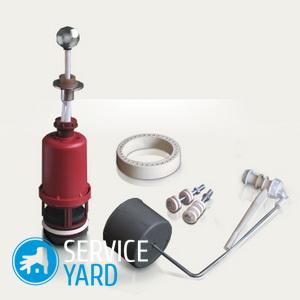 In any home, a toilet is indispensable. It is operated much more often than all other plumbing fixtures, so it breaks down most often. Its most vulnerable component is the tank. Due to mechanical damage to its internal components, the device becomes inoperative, and the owners will have to repair the old-style toilet flush tank. Old-style drain tanks have not been released for a long time, but they can be found in apartments across the country, which confirms their reliable operation and durability.

Do-it-yourself repair of an old-style toilet bowl begins with a study of its structure and features. The main difference is in the reinforcement, the water supply in which is lateral, and the structure, in which the simplest physical laws are involved.

The main nodes are:

The design of the most “ancient” drain devices includes a cast-iron bell - a cork with a soft gasket made of rubber. After pressing the external lever, the bell rises, and the water moves down through the opening.

Important! This design is distinguished by great reliability, because the products have been around for half a century, while repair work requires only periodic replacement of the worn gasket.

Later designs instead of a bell are equipped with a pear made of rubber or plastic. When the tank is released, the float is lowered, after which the valve that starts the water opens.

Consider the difference between the drain systems of the old model:

Important! In some cases, it is more advisable to replace the tank with a more modern product, for example, if the damage is too large.

Any, even the most primitive mechanism, can break down over time. How to fix an old-style toilet flush tank? Even a layman can deal with the majority of breakdowns, there is nothing complicated about this.

In this case, we initially check for leaks in the filling valve. For this:

If, after raising the lever, the flow of water stops, the problem may arise due to:

Flushing cisterns for the toilet can be repaired even if water flows completely. Such a sign indicates a violation of the tightness of the drain mechanism, in which water seeps between the bell and the body. This malfunction may be caused by:

Important! A short tool will be required to tighten the screws. In the course of work, it is imperative to ensure that the vertical plate with four corners does not move out of the recess on the housing. 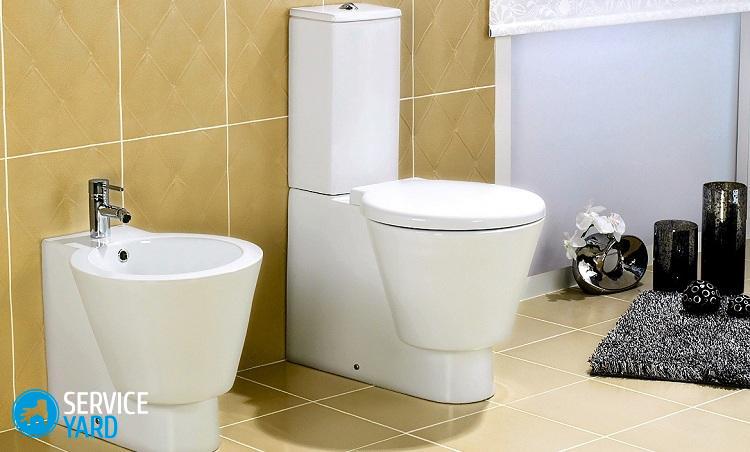 If damage occurs on the inlet hose or gaskets at the junction, drops will appear in the places where the hose connects to the body. Repair is carried out in the following sequence:

Even if the flushing mechanism for the toilet has not broken, repairs are made. Even if the device seems to be working, but produces a lot of noise.

To solve the problem, you can install a special stabilizing device instead of the part. If water enters the tank with a slight pressure, the problem is solved much easier. The filling valve mechanism includes a tube through which water flows. We install a silencer vertically on it, lowering the lower end of which into the water at the bottom. For the manufacture of a silencer we use a flexible hose made of rubber or plastic. After such an update, the noise from falling water and the knock of a jumping float will disappear.

In reality, it is much easier to repair the drain tank of the old model than the modern version. The fact is that it is distinguished by a simple system and reliable nodes included in its design.