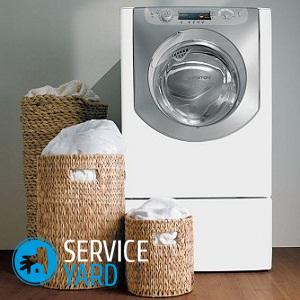 The washing machines of the Italian manufacturer Ariston are known all over the world. They can be called a model of reliability and quality. Some models of washing machines are offered by manufacturers under the Hotpoint Ariston trademark. This trademark appeared as a result of combining two well-known brands, each of which for a very long time has established itself as a reliable manufacturer of equipment in Europe: Ariston in Italy and Hotpoint in England. “Ariston” - a washing machine, which has its advantages, but there are also weaknesses. We will consider all these questions in this article.

A bit of history

In 1930, in Italy, Aristide Merloni created a company producing scales under the brand name Industie Merlon. Since 1945, the company became interested in the production of electric motors, which were under the brand name “Ariston”. Translated from Greek into Russian, the word "Ariston" means "successful."

In 1970, the head of the company divided his business into 3 parts and transferred control to the hands of his sons:

Thanks to a competent marketing policy, Merloni Elettrodomestici conquered world markets by 1987, and the demand for products grew every year. In parallel with the successful development of this company, in 1975 in Italy there was a factory also engaged in the production of household appliances - Indesit. The successes of this company were more rapid, and in the 80s the turnover of goods exceeded 1.5 times the turnover of Merloni Elettrodomestici.

Victorio Merloni became interested in this company, and in 1989 a well-known businessman bought the Indesit brand. Thanks to a reasonable strategic decision, production immediately went up; representative offices of these firms began to appear in countries such as France, Poland, Turkey, Portugal. 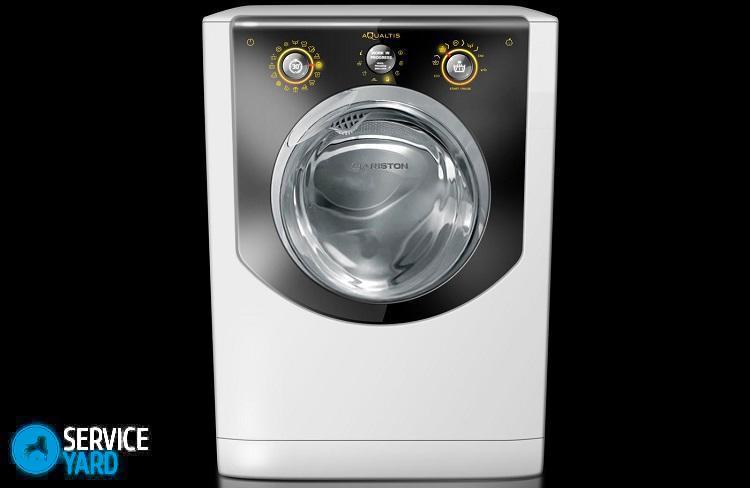 In 1990, Victorio Merloni acquired the French consol Scholtes, and later the English Hotpoint, thereby conquering the market in both France, the UK and Ireland. The fame of the Indesit brand forced in 2005 to rename the Elettrodomestici concern to the Indesit Company concern.

Important! Representative offices of Elettrodomestici company appeared in Russia in 1995, thanks to which Russian consumers appreciated the household appliances of the brands - both Indesit and Ariston.

In 2000, the entrepreneur Merloni bought the Russian Stinol plant in Lipetsk and began production of equipment under the Indesit brand at the enterprise, and in 2004 the company also built a second plant.

After the merger with the company "Hotpoint", the brand "Ariston" decided to rename the "Hotpoint". In some countries this is exactly what happened, and in Russia and the CIS countries, starting in 2007, household appliances began to be produced with a double name - Hotpoint-Ariston washing machines. Soon, the company became a leader in Russia due to the fact that it offers equipment in various price segments.

Overview of Hotpoint-Ariston models and their specifications

To understand how beneficial and what may be the disadvantages of the Ariston washing machine, we suggest that you familiarize yourself with brief reviews of the different models of this brand.

Important! Of the additional functions, the presence of auto-weighing and self-diagnosis of malfunctions can be noted. 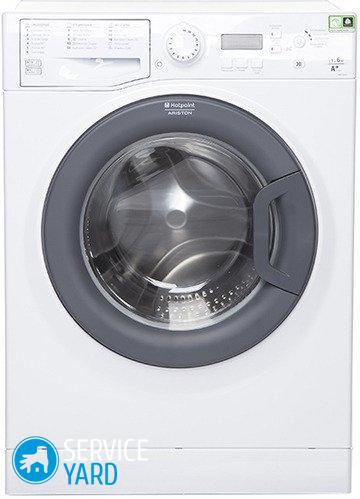 According to the characteristics:

Important! According to consumer reviews, the model has only 1 drawback, namely the lack of protection against leaks. 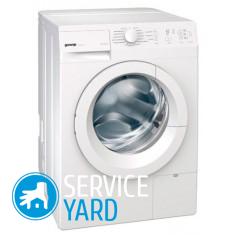 The unit has 18 washing programs, among which there are the following: “Refresh”, “Soak”, “Mixed laundry”, “Cotton Eco”. It should be noted and the present function of automatic weighing of linen. The machine has quite attractive dimensions of 90 * 40 * 60 cm, and its weight is 58 kg. This model is assembled in Slovakia.

Important! Pay attention to another, proven model of a washing machine, to which we dedicated a separate publication on our website -Hotpoint Ariston ARSL 85. 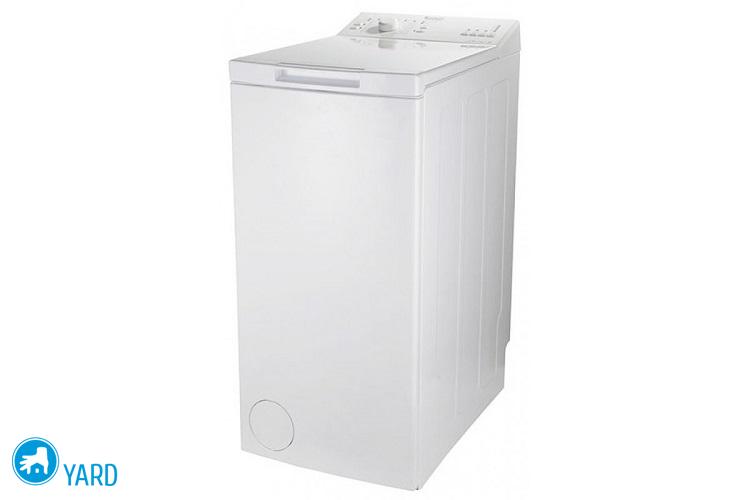 Important! The disadvantage of the model, according to consumer reviews, is the lack of protection against leaks. 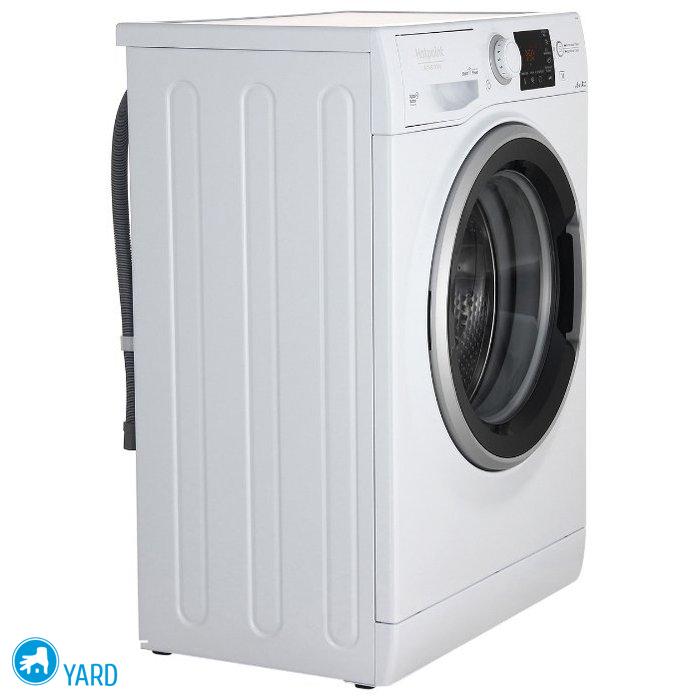 Important! As you can see, the functionality of most Ariston affordable washing machines fully meets the expectations of users and allows you to give preference to a more suitable option. 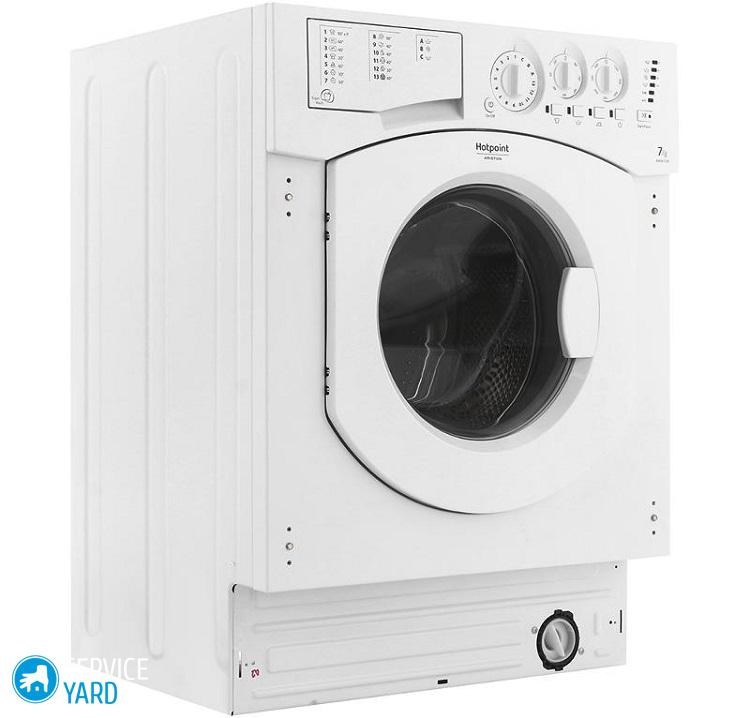 Ariston automatic washing machines are very popular among consumers in the Russian market, as evidenced by the reviews left on the Internet. Based on user reviews, which noted not only the good quality of the unit, but also the special design of various models, we have compiled a list of advantages that this equipment has, in particular:

Important! We also note some of the shortcomings that consumers found: 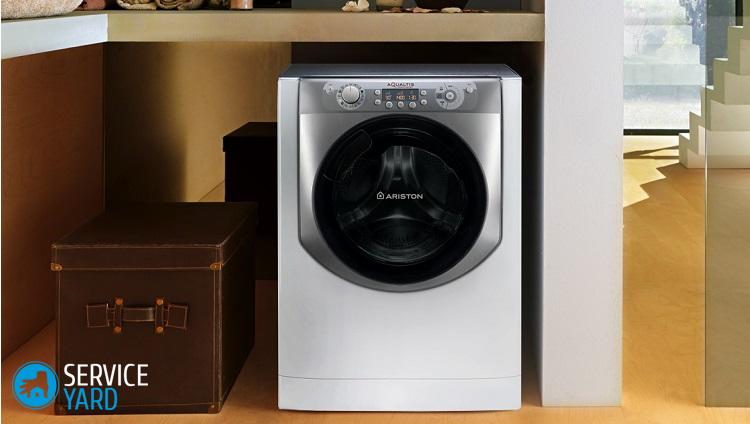 Most breakdowns of Ariston automatic washing machines are associated with operating conditions. For example, hard water, which can completely disable the “assistant” or blockages that paralyze the operation of the unit.

If we list the problems of the washing machine, based on statistics provided by the leading repair service centers, then all breakdowns and malfunctions can be represented by the following rating by frequency of occurrence:

If you have any of the above problems, then we suggest you use the following solutions.

Important! In case of any trouble, smart Hotpoint Ariston will give an error with a specific cipher and display it on the screen. Read this prompt carefully, because it always indicates the cause of the breakdown.

How to eliminate a blockage?

The main sign that a blockage has occurred in the drainage system is the idling of the pump. The washing machine will buzz, but the water will not leave the tank. Usually, this problem occurs after washing, when the machine cannot drain the waste water and freezes.

Blockages can occur in the following places:

To eliminate the blockage, it is necessary, first of all, to determine the place of its appearance. For this:

Important! Place a cloth before removing the filter, as water will spill onto the floor.

Important! To remove the nozzle, it is necessary to loosen the two clamps, and to remove the pump, disconnect it from the sensors and unscrew the 2 fixing screws.

How to fix a pump and water intake valve?

Important! If the filling valve is out of order, then replace it with a similar one, just remember to connect the sensors.

A faulty pump gives out precisely during washing, when the machine must drain the water, but this does not happen, and at the same time the pump either does not make any sounds at all, or starts to hum, but there is still no drained water.

Important! To get to the pump you need to turn or tilt the machine, since the drain pump is at the bottom. Inspection, as well as replacing the pump, it is better to entrust a specialist. Of course, you can do this yourself, but for this you will have to thoroughly study the instructions and the repair process itself.

What to do if the heater has broken?

The heating element is one of the most important parts of the Ariston washing machine, which is responsible for the temperature of the water in the tank, and, accordingly, for the quality of the wash.

If the heater is broken, then the washing will not start at all, and the system will give an error or the washing process will be carried out in cold water. And in fact, and in another case, the problem can be solved only by replacing the heater. 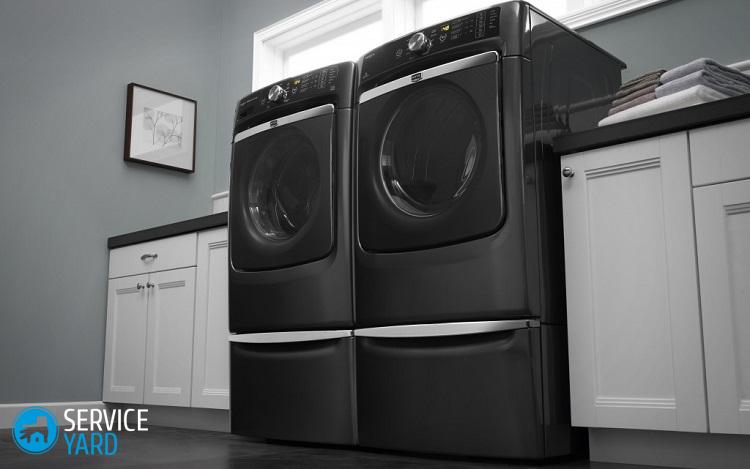 What to do if bearings break?

In the event of a breakdown of bearings and seals, urgent action is required. To recognize a similar problem, listen to the operation of the unit. When the bearing is destroyed, all moving elements begin to make an unpleasant sound, and the shaft will rub against the sleeve.

Important! If you do not take any measures, but continue the washing process, then a malfunction can lead to the drum starting to play and can damage the tank. If unpleasant sounds appear, immediately consult a specialist, as it is quite difficult to replace the bearings yourself.

The main difficulty in repairing such a breakdown in the Ariston washing machine is that in order to get to the seals and bearings, it is necessary to completely disassemble the washing machine, along with the tank. In addition, the old bearings still need to be removed correctly so as not to damage the bushing, and then the new ones must also be correctly installed so that further repeated and more expensive repairs are not required.

Therefore, before undertaking to repair the unit yourself, think carefully about whether you have sufficient knowledge and skills, as well as time and patience. Maybe, nevertheless, in order to avoid unnecessary expenses and mistakes, it is better to contact qualified specialists?

Important! It should be noted that various malfunctions can be caused by a failure of the control module. We told in detail about its repair on our portal of useful tips in a post "The control module of the washing machine".

There are a lot of models of automatic washing machines “Ariston”, and they differ not only in frontal or vertical type of loading, but also in the number of programs and a variety of functions. Therefore, before starting to operate household appliances, carefully read the instructions and recommendations of the manufacturer. If you follow their advice and properly exploit the “home assistant”, then you will be pleased with the cleanliness of the linen for many years.