The drum of the washing machine is spinning

The drum of the washing machine is spinning 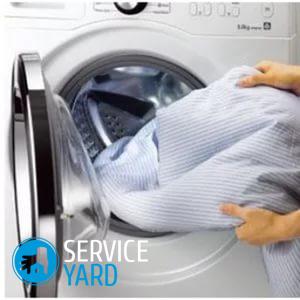 A modern type washing machine is a great helper for people in the household. Using various programs, you can wash products from different types of fabrics. You can either refresh your laundry or wash off heavy dirt. Unfortunately, the “washer” sometimes fails, so you need to solve the problem as soon as possible. What to do if the drum of the washing machine knocks during spinning and during operation, how to fix this problem?

What to do if the machine rattles while rotating the drum? If you notice such a crash, do not panic right away. Some reasons why the drum knocks on the washing machine during the spin cycle do not indicate a malfunction. Perhaps you just do not operate the equipment enough, violating the manufacturer's recommendations.

So, there can be three reasons for everything:

This problem occurs in old-style washing machines. When washing and spinning clothes, things are crumpled. As a result, an imbalance occurs and the tank of the machine begins to knock on its walls.

Important! In modern-type washing machines, imbalance control is used, so the laundry is evenly distributed inside the device.

Also, the problem may be that you downloaded too many things, and even of different sizes. To continue avoiding such problems, read about the rules for sorting clothes before washing and calculation of the weight of laundry.

The machine is not installed correctly

If the washing machine starts to vibrate and “bounce” and hits the drum, the problem may be its incorrect installation. Sound does not come from inside the eraser, but from the fact that it vibrates.

Ideal if the washing machine is installed on a perfectly horizontal surface, in level.

You can verify the installation in two ways:

You will find more detailed instructions in a separate article. "How to install a washing machine so that it doesn't jump?".

Why does the drum knock on the washing machine during the spin cycle?

Important! Over time, the details of the washer wear out. Shock absorbers and springs are no exception. When operating the machine, they experience significant load, and the device fails.

If the shock absorber or the spring malfunctions, the tank moves and is not positioned correctly. The shock absorber loses its elasticity and stretches so that it sinks to the bottom and hits the machine body. It is not surprising that the tank begins to make a knock during operation.

In this case, you need to stop using the washer and do the troubleshooting. To eliminate the knock, failed parts must be replaced, and both at once. Our detailed shock absorber replacement workshops.

Important! You do not need to neglect this rule. If one shock absorber is replaced, the load is not evenly distributed. The second is partially worn, the shock absorber will break in the shortest time, even if it was in a relatively normal condition.

The washing machine makes a rumble during the spin cycle: counterweight problems

A counterweight is a load that is attached to the unit's tank to make the tank heavier. A counterbalance is needed so that the laundry in the machine, during washing and spinning, does not swing both the tank and the unit itself.

During operation, the counterweight loosens and knocks. If the fasteners are loosened, the balancing stone does not hold, but rather swings the washer.

Important! To eliminate this problem, the unit must be disassembled and tightened with fixing bolts. If it turns out that the counterweight is destroyed, it is replaced with a new one. 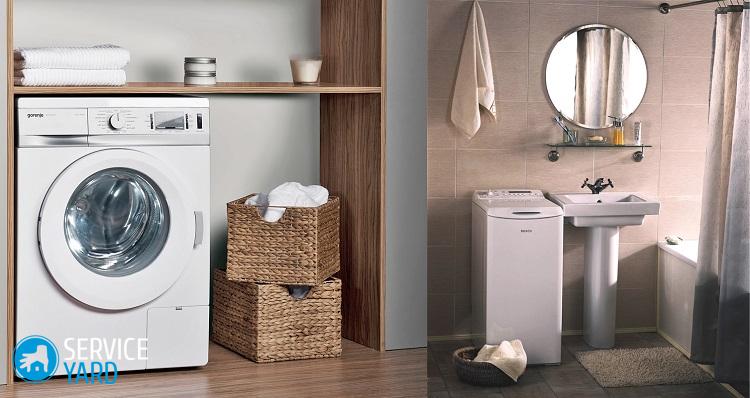 Extraneous sounds from the drum

If the drum makes a knock, the reasons may be as follows:

Important! If one bearing breaks, this is a sure sign that the rest will begin to “roll in”.

In any case, if extraneous sounds appear in the machine, it is necessary to stop the operation of the unit and call the master. You should not engage in “amateur activity”; this may turn out to be not a “minor” malfunction, but a real accident.